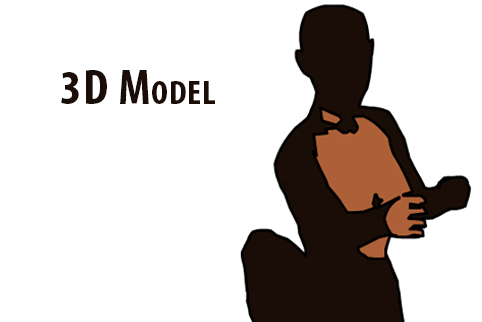 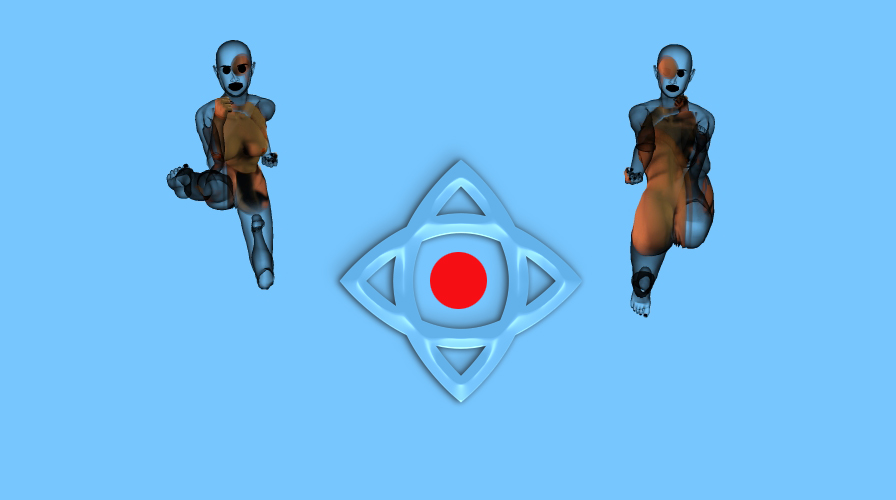 Creating the 3D figures was awesome fun. Most of the texture and alpha masking work was done in Photoshop.I then added the texture maps via my 3D software.

Creating the graphic design style for the figures – was quite a development. Firstly, I wanted the character to make movements that can’t be made. In my design world there is no gravity – this girl floats in mid air (quite comfortably).

The transparent body texture that I created allowed the viewer to see though the body – to see that visual motion that you normally could not see. The visual content from the transparent figure creates a visual overload (where body parts are difficult to distinguish). While the motion of the motion of the characters is so slow that go unnoticed. Both over and under whelming the viewer. 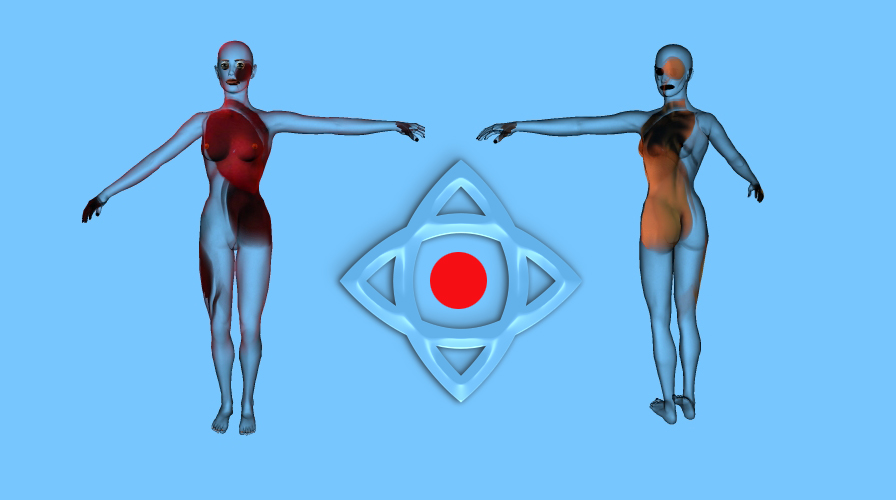 The panels are samples from the media presentation. The animated (often) mirrored characters slowly move into each position. Then pause. The media installation had a stillness to it. Content paused. The viewer had time to say “what the hell is that?” Or, “I like the red dot”.

The point was the view could connect. The content moved slowly, if at all. For some viewers it took a while before they realized that the content had altered. In a time – when video is full of motion and content. The video projection software had another layer of effects that created more visual complexly to the installation. 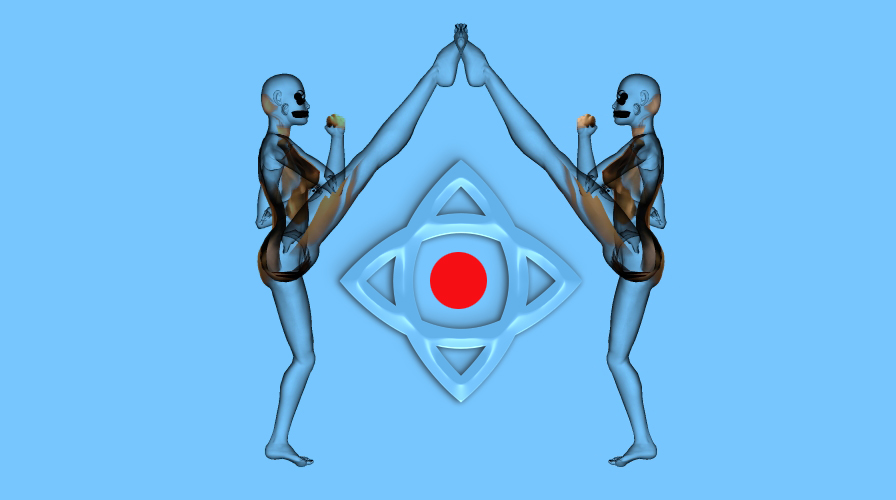 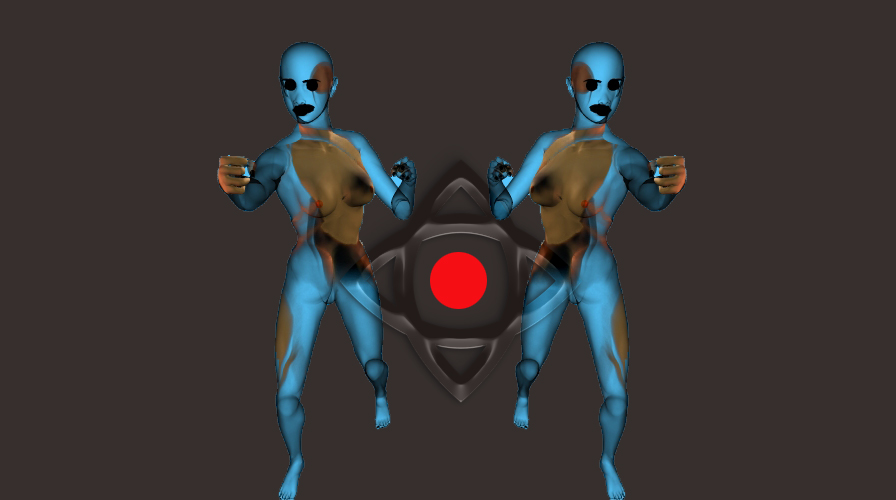 The style of the project begin with this simple rendering – think Grace Jones as a Playboy Bunny. Using two colors to create the female silhouette – wearing a dicky bow was also on the table.