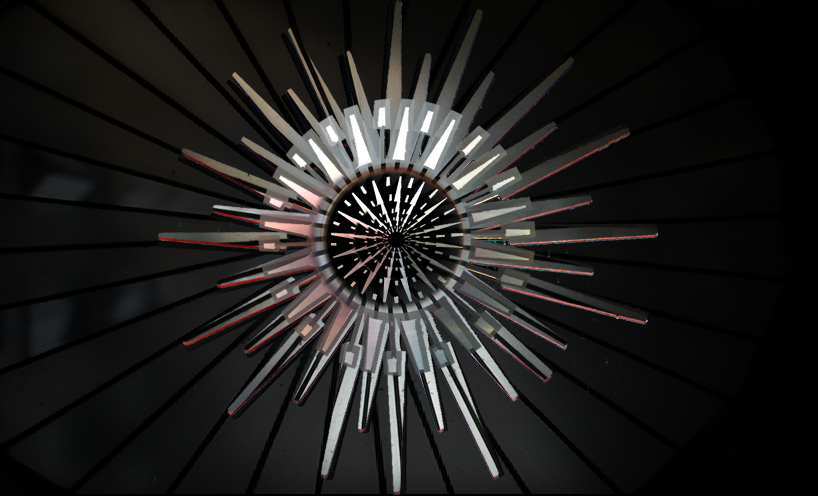 When I began design work for Alice – The Ballet. The first visual concept that I needed to face was TIME. Alice is Wonderland certainly has many dips and turns in the storyline. While the theme of manipulating time remains constant.

Prior to the opening of the ballet – my clock hands were projected on the theater curtains. First as a still image on thick red velvet curtains.

A short animated GIF – of the beginning sequence.

As a digital artist I tend to have a strong visual idea in my head – and I then set about creating that image. For the Alice Ballet the hands of time I needed the clock hands to regal and strong.

The audience were greeted with the clock arms. First, as a still image of the clock. Ten minutes before the start of the show the clock hands began to move. The clock animation is used during the opening and closing of Act 1 and 2.

From the basic animation of the clock hands I was then able to expand the look, feel, texture, and tone of the animation.

The backdrop clock animation was a fun layering effect. Again playing with the visual idea of time, and the rabbit hole, and falling.

The metal texture of the clock is my reflection on the staircase of Lloyd Bank in London. It was a cold Sunday morning. The bright polished metal and outdoor piping all looks super cool.

My bright red winter coat and testify to how cold it was. While also creating the constant of color against the metal panels of the bank.  I refined the texture and tones in Photoshop.