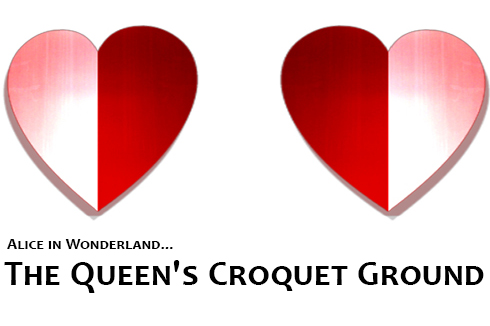 The playing card animation was commissioned by Tersicorps Theatre of Dance – Asheville.

What an exciting part of the Alice and Wonderland story. Alice has arrived to the Rose Garden and is now face-to-face with the mighty Queen. The stage is bathe with my playing card animation. A procession of dancers are flooding the stage – with impressions of my animation on their skin and white outfits. Everything and everyone got covered by the animated playing card wash. The visual effect was outstanding.

From the opening beating of the simple single rotating hearts – half white, half red. Before launching into the animated playing card parade. The mirrored tunnel effect added to the chaos of the scene to great effect. The heart design began as the photograph of my red jacket reflecting on the metal door. The door had a diamond design that created a strong silver in one panel, while my bright red coat beamed in the adjoining panel. For me the heart was the central design element for Alice in Wonderland – the scene is rich and heavy. With hundreds of little hearts covering the scene – little hearts that were created with my reflection. While the reflection on the heart is only one half of myself – the mirrored placement of the heart creates the whole reflection.

Off with her head

Undoubtedly the quintessential line from Alice – “Off with her head!”.

As the chaos of the scene grows the dark playing card animation slowly fade over the stage. The music gets darker – the mood changes. On the stage their are 5 men in a web of white rope. Pulling and turning, twisting their bodies into the same knots as the rope. The more entangled the twisted bodies became the heavier the dark animation painted their skin.

Unlike, the earlier lighter animation of white and red – which created an iridescent illumination. The dark animation achieved the opposite effect. The black of the stage literally absorbed the darkness of the animation. The crimson, dark grays, and blood tones created a sinister tension between the dancer and the entangled ropes.

Alice in Wonderland – Off with her head!

Animation cycle that covered the back wall of the stage. Unlike the front-projection that flooded the stage. The rear projection was onto the high-density screen. The clarity was incredible. The blood red of the animation reflected and painted the dancers skin.

With every design the design process begins with the objective. For the The Queen’s Croquet Ground scene from Alice the animation was to serve to functions.

The scene relied heavily on flooding the stage with animated content. However, the general problem with washing an entire stage with visuals is that everything is covered the visual. Stage lights also serve to wash out projected content. For the scene – lights were lowered – projection increased. To create an awesome balance of visuals, dance, and audio synchronization. Finding this balance did take quite a few revisions – especially during the installation in the Diana Wortham Theater (which can only be expected).

The Playing Card Animation design process begin with simple sketches of playing card design. Before refining the designs in Adobe Illustrator. During the early design stages of the playing cards – I imported the roughs to After Effects – as I worked on refining the card design in Illustrator, the file would update to my After Effects animation. Most of the final animation effect was created prior to the card design being finished or approved.

Having a strong workflow plan completely helped to make this part of the project a huge success. The placeholder content that I had imported to After Effects was easier to animate and experiment with while the individual components were still so light. No delays from graphic card overload – fast and simple.

Once the final artwork was completed. I simply had to do to After Effects and render the animation. Revisions to the color content in relationship to the saturation of stage wash were done in Illustrator, and footage would be again rendered. 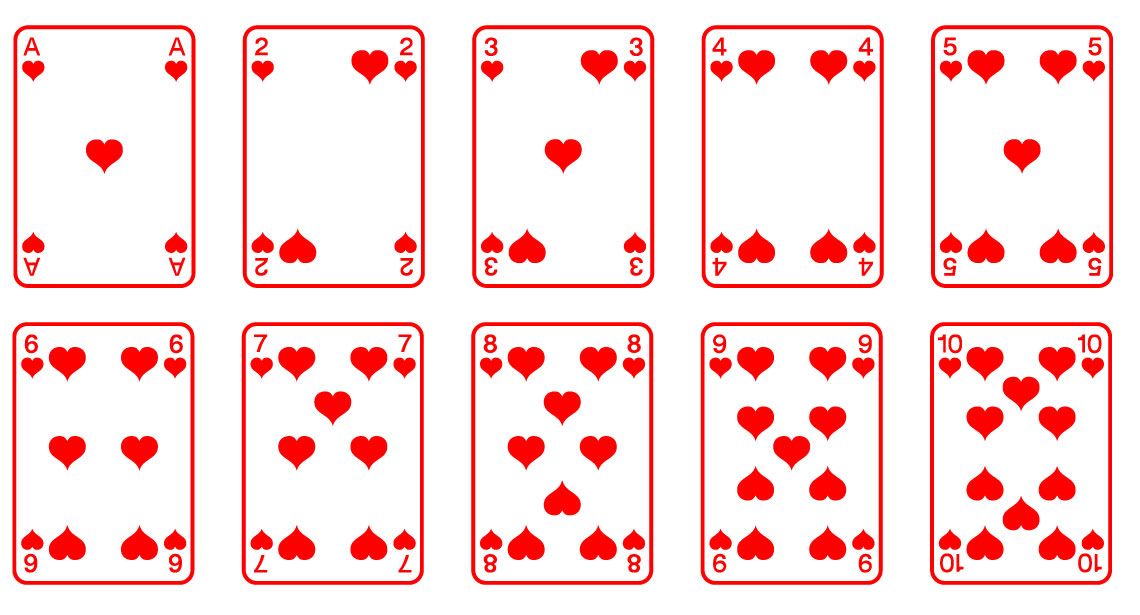 PLAY CARD GRAPHIC – Each card was created for the animation.