ARTICLE: What does email tell?

IMMERSION is an online project that aims to address four precise areas of our email usage. By generating visual reports on your overall email usage. You are first stuck with self-reflection. Is it really possible that I composed (replied) to that many emails?

For most, it is now difficult to think what life was like prior to email. Two decades of internet usage we have witnessed an incredible increase of users. In December 1995, an estimated 16 million people logged onto the world wide web. In March 2014, 2,973 million people accessed the internet. In 20 years almost half (40.7%) of the world population now access the internet. An estimated 204 million emails are sent every minute.  With 1440 minutes in the a day  (204 milion x 1440) … you can do the math!

Until recently accessing the web for many was to check email. Email was initially used to connect and correspond with family, friends, and businesses. Social Networking channels have transferred a large part of what was considered base email interaction – the simple chit chat.
The next aspect of Immersion, is the Art of connection. Visually the graphics relate how connected you are to one group compared to another. The graphic will also help visualize the connection between groups.

Privacy is perhaps the third reaction to the visualizations. As awesome as this visualization tool is, it is available to everyone. When Google hand over your email records to the FBI (or other agency). This is what they see. WIthout even opening any of your email, it is now easy to build an entire history of your usage in moments. Having access to one email account may not reveal a huge amount of information. However, having access to a vast number of emails, and cross referencing data reports – well, you can figure out that conclusion.

The next aspect of Immersion, is the Art of connection. Visually the graphics relate how connected you are to one group compared to another. The graphic will also help visualize the connection between groups.

The final aspect of using Immersion is for strategy. From my email data reports it is easy to see where most of your email time is spent. Which clients or family members have the most interactions (demands)? I can’t say I was surprised to see which one of my clients emails me to most. What I found to be of most interest. The one client I find the hardest to understand via email, is also the person who emails me the most.

But visually seeing how much, or little we connect may have a profound impact on how you view and react to these relationships. 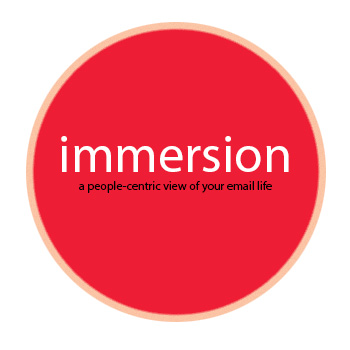 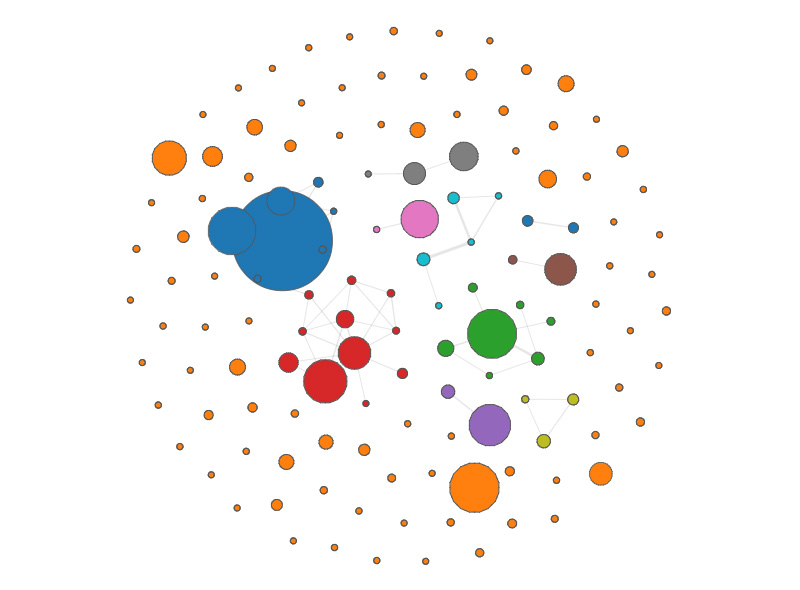 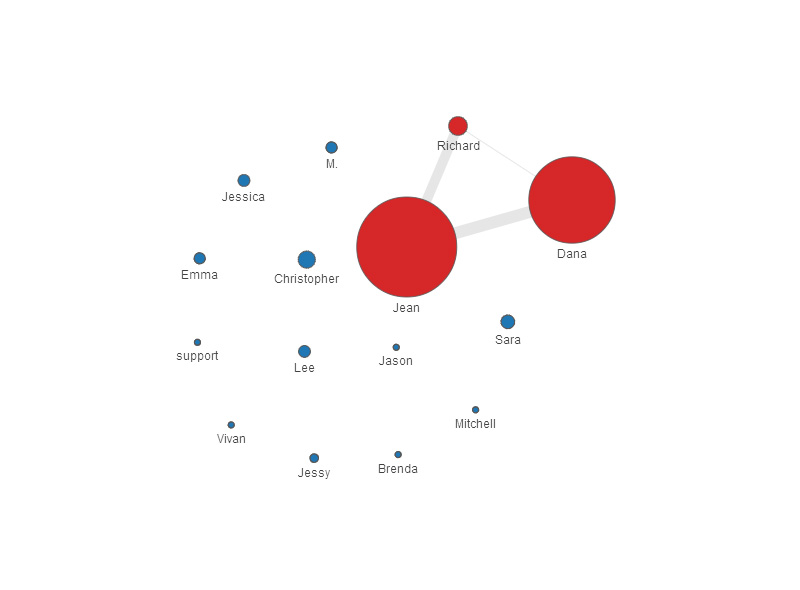