The work of Mitchell Lonas, Asheville is outstanding. The website was built under the close direction from the artist. It is was very important to Mitchell that his artwork show well. As a web designer, it is critical for me to understand my client’s aesthetics.

Mitchell first request was that his website should be, “user-friendly, and easy to get around.” Due to the massive traffic that Mitchell’s website receives since his work was featured in The Twilight Series (2012) and Architectural Digest (2014).

Much of Mitchell work ranges within the earth tones. The website color palette is directly influenced from the earth tones that Mitchell used in his work. The darker screen for the viewer significantly reduces the brightness (similar to reading a Kindle in night vision). I found that the details in Mitchell’s work showed better with a darker palette – which created an impressive balance between Mitchell’s visual aesthetics and my values of usability and utility from the website were met.

While working with my clients, it is imperative that we are collaborative. A successful website needs that a driving focus behind it to maintain success. 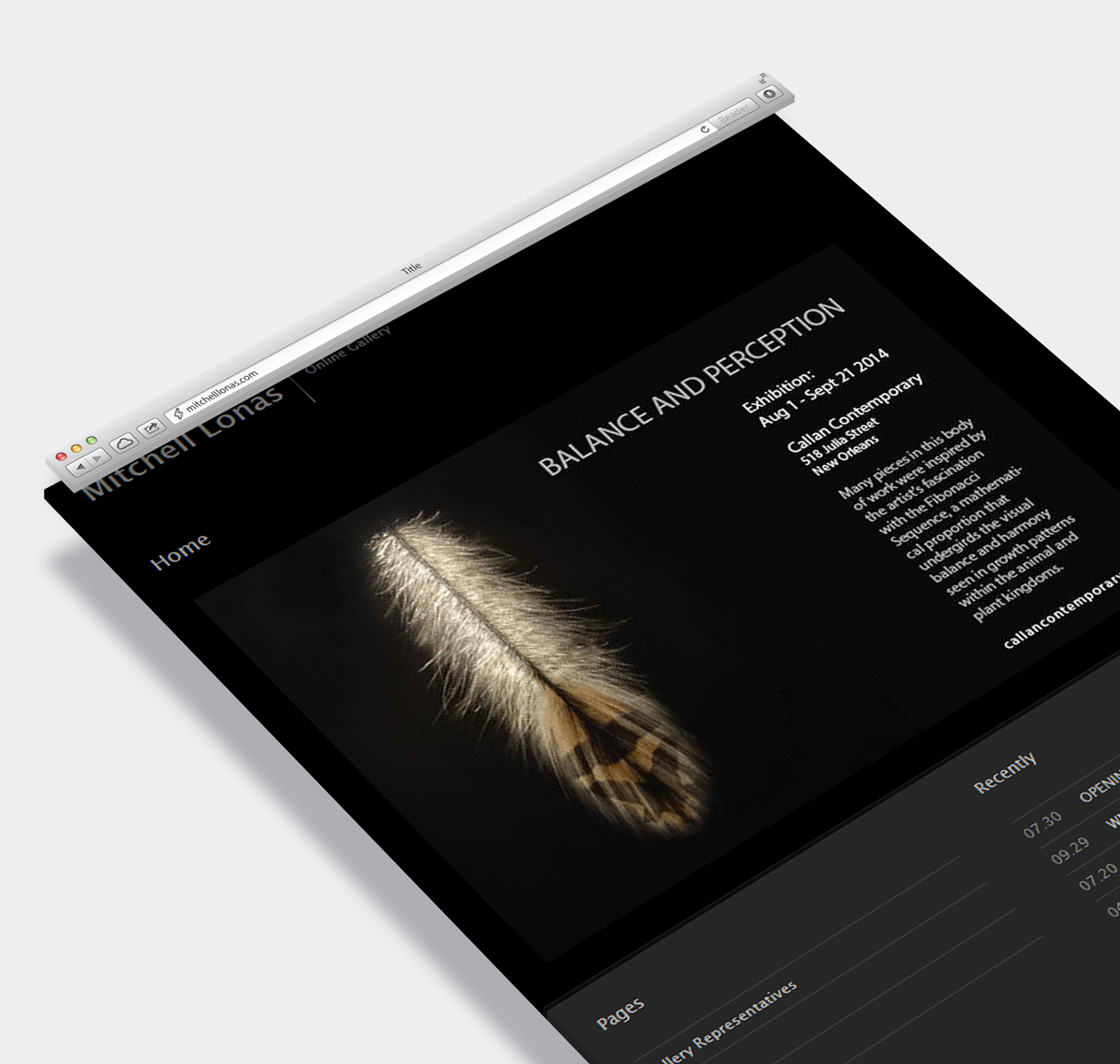