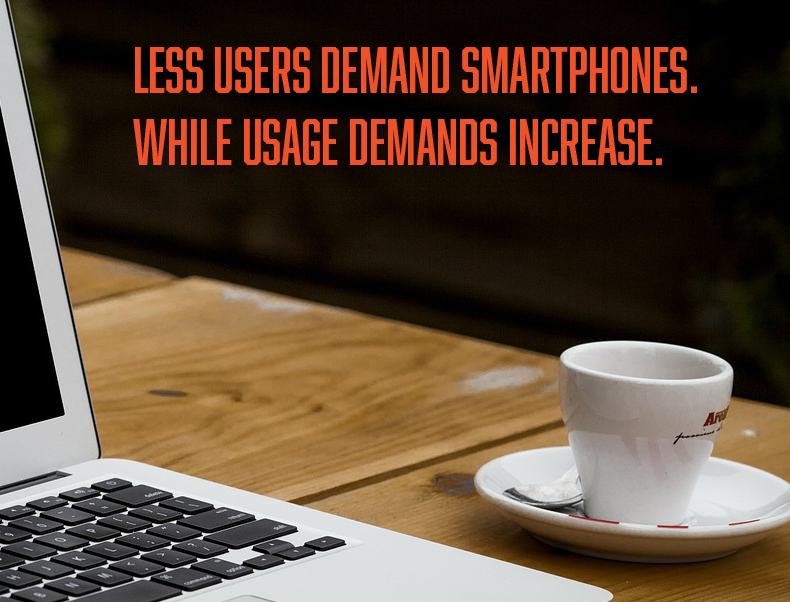 Yes, the SmartPhone market is slowing down.

2017 Internet Trends report concluded that the increase for smartphones is on the decline.

Like most tech products the decrease of sales of smartphones is expected. However, smartphone reduction was not projected to happen so quickly. The smartphone decline is contrary to all other internet trends.

Global Internet User has a steady history of increasing usage by an average of 10% (since 1995).

What does the smartphone decline mean?

The drop in demand for the smartphone may indicate that the customer base is saturated. And, that everyone who is going to buy a smartphone, has done so.

How is the desktop/laptop market impacted?

In the past decade, the desktop/laptop usage growth has barely changed. Desktop/laptop usage has remained constant. Indicate that smartphone users are not adapting to new devices. But, rather they are adding the device to their arsenal of tech tools.
Smartphone users have not slowed day.
The demand for new smartphones may be on the decline. But the requirements that users are placing on their devices is on the increase.

Adults spend on average six hours per day on the internet.

In recent years, the increase for time devoted to hand-held devices has increased by 2 hours per day. The demand for desktop/laptop access has not declined.
Usage reports suggest that the average user used to spend up to 3 hours a day on the internet. Compared to now spending up to 6 hours a day on the web. With the increase of time on the internet is via their handheld devices. I am sure binge-watching Orange is the New Black (and other Netflix shows) has an enormous impact on handheld device usage.